The following equipment has been recovered from a stolen vehicle.

Please contact us if you know who the owner is.

Congratulations to the following individuals who have been selected to represent the Alberta Softball Umpires Association and the Calgary Minor Softball Umpires at their respective Post-Provincial Championships.

Kyle Muise has been selected for the U16 Western Canadian Championship in Brandon, MB.

Mark Taylor has been selected for the U18 Men's Canadian Championship in O'Leary, PEI.

Emma Jerome-Smith has been selected for the Canada Summer Games Women's Championship in Winnipeg, MB.

Good luck to all our umpires this season. You will make us proud!

Welcome to the first edition of the new official ASUA newsletter.  Please share with your fellow umpires. Bluez News – Edition 1

Registration for the 2017 Annual CMSUA/CSUA Combined Clinic is now open!

Congratulations to Emma Jerome-Smith for being selected to represent Alberta at the 2017 Canada Summer Games! The Games will be held in Winnipeg, MB, with the women's softball event being held August 6 - 13, 2017. You will represent CMSUA very well; good luck!

Congratulations to Kyle Muise and Josh Cinnamon for being selected to participate in the U16 A Provincials this year.  This event is an "evaluator" event, where successful candidates are eligible to receive a Level III.

Good luck to both, and represent CMSUA proudly.

Any game rescheduled/cancellations/diamond moves are the responsibility of the coaches to advise the umpires.  Although some coaches get reminder e-mails with umpire phone #’s, the process is to e-mail [NOT Phone] [email protected] with ALL changes/cancellations.  The only exception to this is for games re-scheduled/moved en-masse by CMSA Office.

Also, for those re-scheduling games and doing a double header:

SBR Blues Tournament is this weekend.

Interested in Umpiring??? Come on down and watch some games and/or see umpires in training.  Want to learn more about umpiring?  This is the best place to be.  Watch 1-2-3 man systems.  See new umpires and experienced umpires.  Ball is ages U10 - U19.

Message us for more info

CMSUA Pay cheques for first half of 2016 season will be available for pick-up at the tournament.

ALL CMSUA umpires are required to contribute their services to the Annual CMSUA Blues Tournament.  This is our primary fundraising activity and a great training environment for umpires of all levels.

Can't wait to hit the diamonds!  But if you are getting frustrated that your assignments keep changing, there is a reason...

We have 177 slots requested so far, and 45 have already been "declined".  This is not making scheduling very easy.

Accepting assignments, even if they aren't ideal, is even more important and greatly appreciated during the busy first week which includes an opening weekend.  Not only that, the Assignor is new to the process and going through a learning curve.
We don't want Mark's hair to start turning grey in his first year of Assigning.
Important:  Please read this post (copied below) explaining best practice and how not following it can negatively impact EVERYONE
Have a great season, and see you at the diamonds very soon!
---------------------

Subject: Importance of Accept/Decline assignments on a timely basis

Please keep in mind that the coaches/teams also have live access to Arbiter. Until an assignment is accepted, it looks to them like we haven’t done anything for their game at all. They don’t see any of the behind the scenes work going on.

Coaches have been surprised by umpires showing up to their diamonds, as the umpires didn’t accept prior to the coaches 24-hour reminder e-mail, and they assume they never got an umpire.

The sooner umpires accept/decline assignments, the better position we will be if we need to move umpires around to cover games, and/or add a mentor to umpires who are new this year.

Arbiter.Net is most efficiently used when the auto-assign function is used, which takes into consideration a balancing of all umpires, and avoids assigning people to the same levels/teams back to back. If people do not allow this feature to be used efficiently, by declining assignments on a timely basis, there is a knock-on effect to all the umpires who are keeping their calendars up to date by giving them last minute assignments even though they have been diligent in keeping their calendars up to date. If you don’t accept assignments and just allow them to “expire” is even worse as we don’t know if you really intended to decline, and by that time most other umpires have accepted/declined other games so we are limited on the available umpires to ‘fix’ the issue.

As you are likely aware, assigning is a huge balancing act, and we do our best to match your preferences to the assignments available. We can’t always meet everyone’s preferences every time, so we do appreciate flexibility.

If you end up getting an assignment across town, it is likely that we are running low on alternatives. Again, flexibility is appreciated. You will get paid extra for assignments in excess of 18 miles travel from your home location.

Arbiter is only effective at balancing out the games/locations/levels when there aren’t a bunch of manual adjustments being made.

On occasion, we have excessive amount of games declined. This means that either we aren’t maintaining our calendar properly, or being too selective when it comes to which games we are willing to do. This is making assigning VERY difficult. We do our best to meet everyone’s desires, but it isn’t always possible.

Travel to games to make start times is a common issue. I do my best when I am assigned to accommodate the schedule by planning ahead (i.e. taking my vehicle to work, grabbing dinner after the game, etc). I don’t get the luxury of going home before a game typically, and I will pack everything I need in the morning before I go (even on my days off in case I am needed when not scheduled). I am hoping for some more flexibility from umpires when it comes to locations of assignments. I realize Calgary is a big city, and drive time is definitely a growing factor with all the construction and the growth of the city. For that matter driving to Strathmore is almost easier for some people that driving to Lake Bonavista for a game. Arbiter does try to assign diamonds close by to umpires home addresses, though it isn’t always successful with other factors. We are paid a $5 travel fee for out of town games, which may not add up to too much extra for the time/gas, but on the other hand most of us aren’t doing this for the money.

With respect to concerns for Travel Time, Arbiter will take into consideration your drive time (from your home postal code) allowing for you to be at the diamond 30 minutes ahead of time. If you do have issues with those long drive times, a person can put a partial day block up to a point in the day they are first available to drive to the game. (i.e. if I work until 5:30 [and have blocked off my day until that point], and need to be at a game a 6:15 for a double header, it won’t assign me a diamond which takes more than 15 minutes to drive to). On that same block [until 5:30], if the start time is 6:45 and the diamond is a 25-minute drive it will allow the assignment.

Please feel free to add your ideas/suggestions to the process. Especially those of you who have been assigned by other associations/sports using Arbiter.NET

You have many responsibilities protecting the integrity of a game. Your personal safety should be first and foremost because if your hurt, you cannot work and if you cannot work, you cannot be seen in order to be considered for post season.  Home plate stance can be challenging when asked to see and track pitches that span the 17" inch surface.

Your challenge is to provide as much safety from injury and good sight lines.

Head blows should be your main prevention of a proper plate stance.

Research has shown that sometimes it is not the severity of a single blow, but the frequency of glance blows that attributes to Mild Traumatic Brain Injury.

An illustration of what has been researched and confirmed is shown below which speaks to the safety aspect of your plate stance. Be cognizant of stance behind the plate in addition to head height.

*Reverse the order for a left handed batter.

Beginning from the outside "blue zone" or "flopping to other side" you will not have any protection working in concert with the catcher. You chance grave injury in this position.

NEVER work in the blue zone.

Working our way into the batter, the next zone "red" or "over catcher" represents the next area of potential injury, primarily to the head. You are in an area that should a foul tip occur- the ball will accelerate off the barrel of the bat up and into you. Another possibility is if the catcher is wearing a "hockey style" mask a ball may deflect up into you.

NEVER work in the red zone.

The next zone, "yellow" is less likely to cause you harm as the bat barrel is less thick, so the ball will not have the ability to accelerate as much as in the red zone if a foul tip were to occur.

While is it not recommended to work in the"yellow" zone, even the best of the best umpire wanders into that area occasionally to track a pitch.

OCCASIONAL work in area, caution, may lead to hard and soft tissue injury.

The last and safest of all plate areas is the " green" or "slot" zone. On a swing the bat handle's thinness will tip the ball more often down on a foul tip not up into you.

SUGGESTED work in this area, but be aware you may still suffer head or soft tissue injury.

There are varying opinions on where the umpire head height should be with regards to the catchers’ set- up position. Without jeopardizing your ability to call the pitch correctly, give yourself enough height for proper sight lines while allowing for as much protection from a blow.

Your style of plate stance should allow for ample sight and tracking lines while providing you with safety. 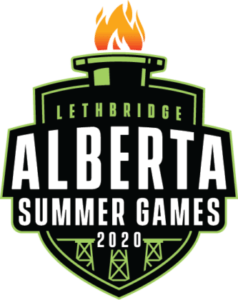